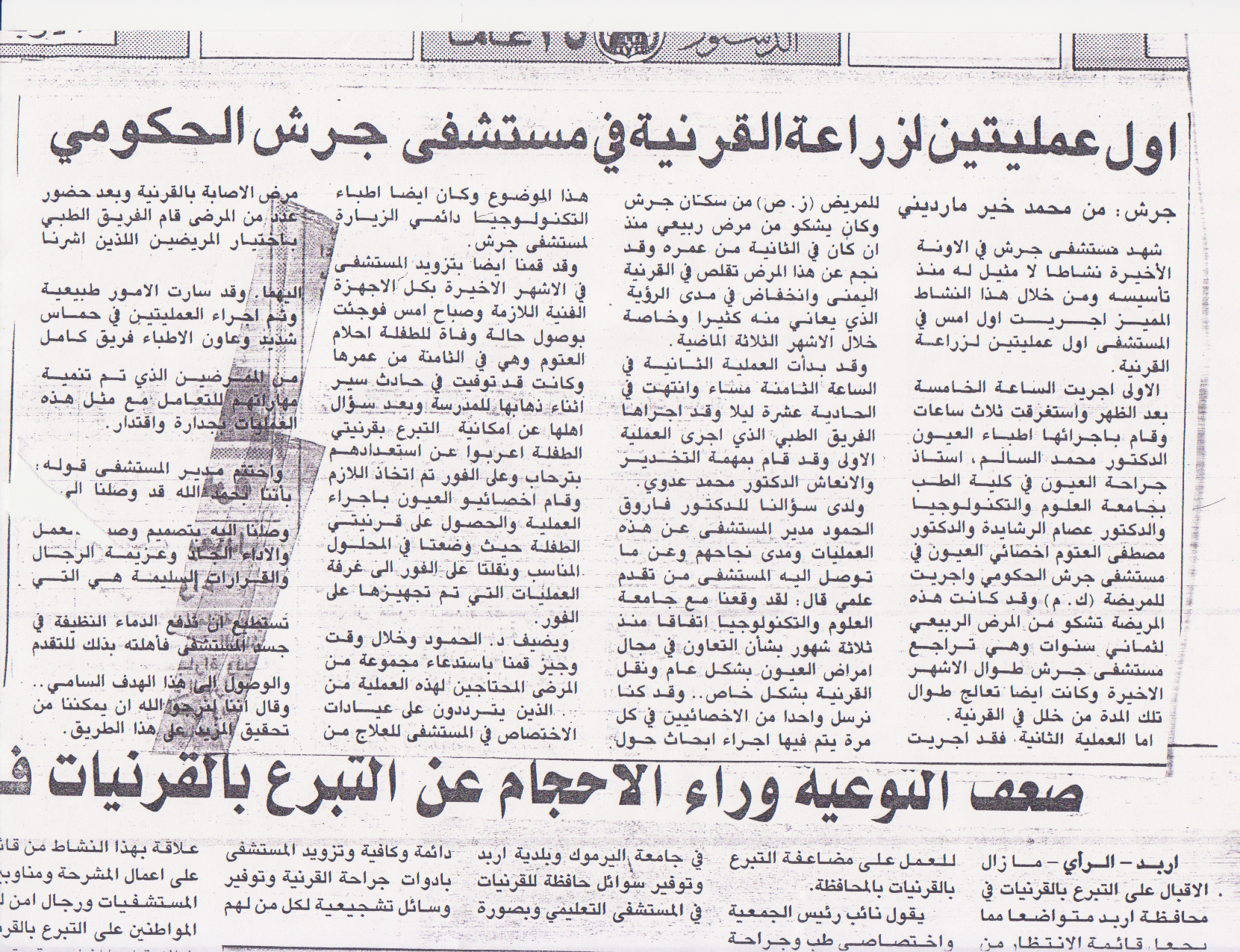 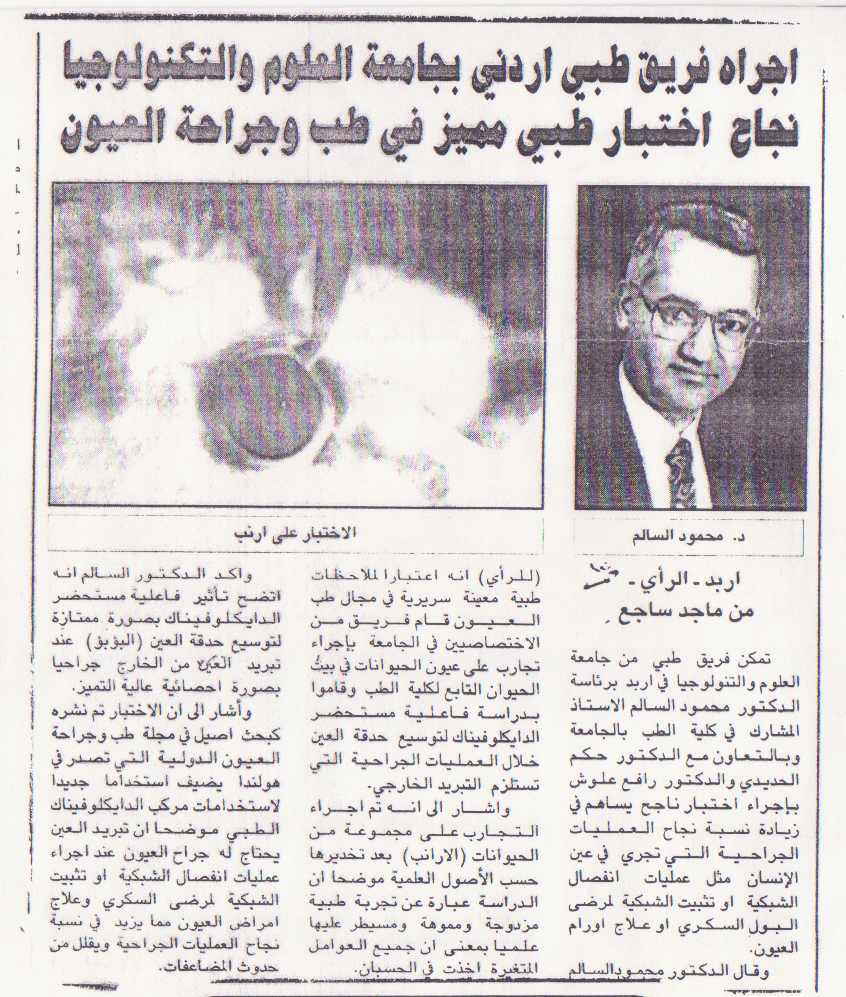 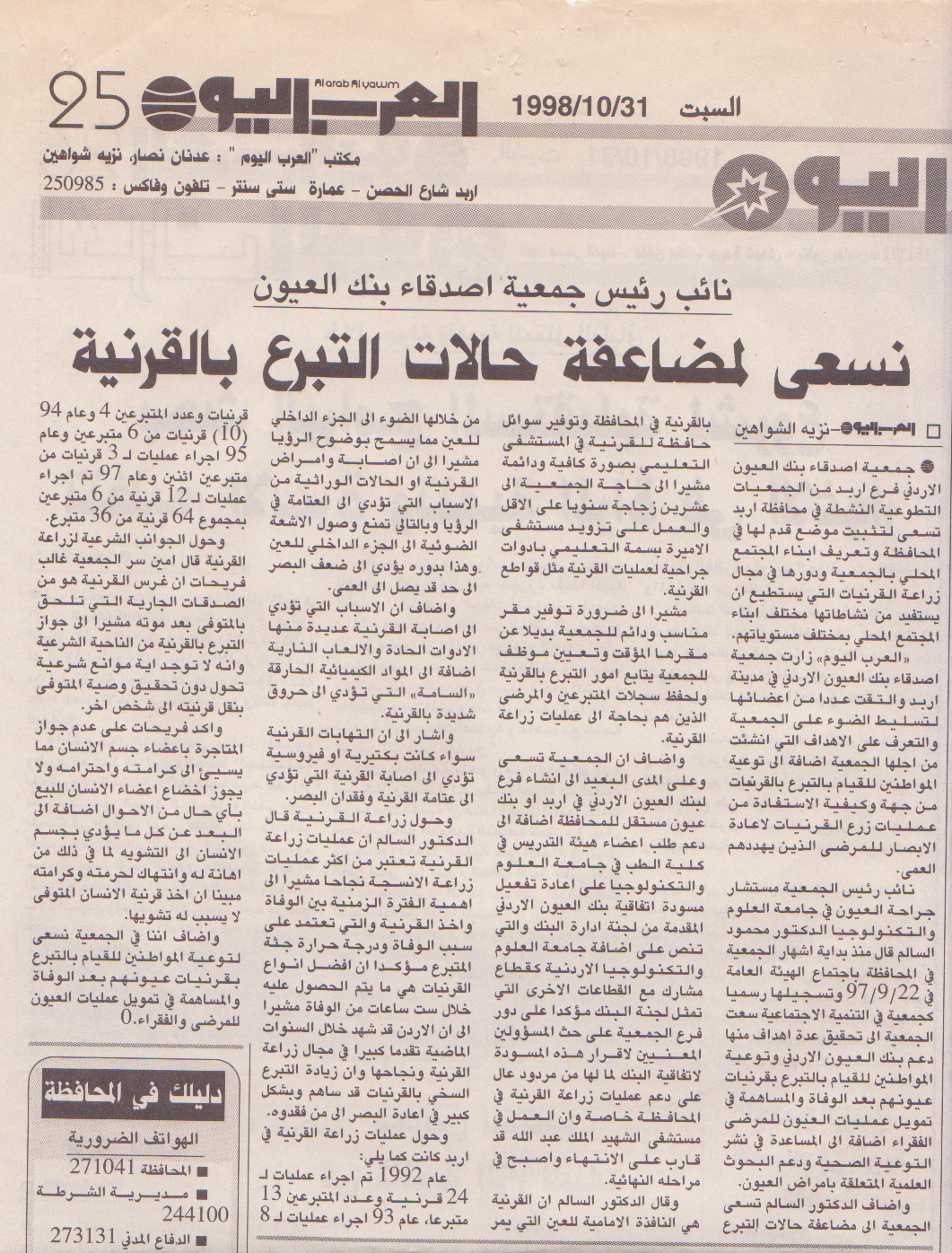 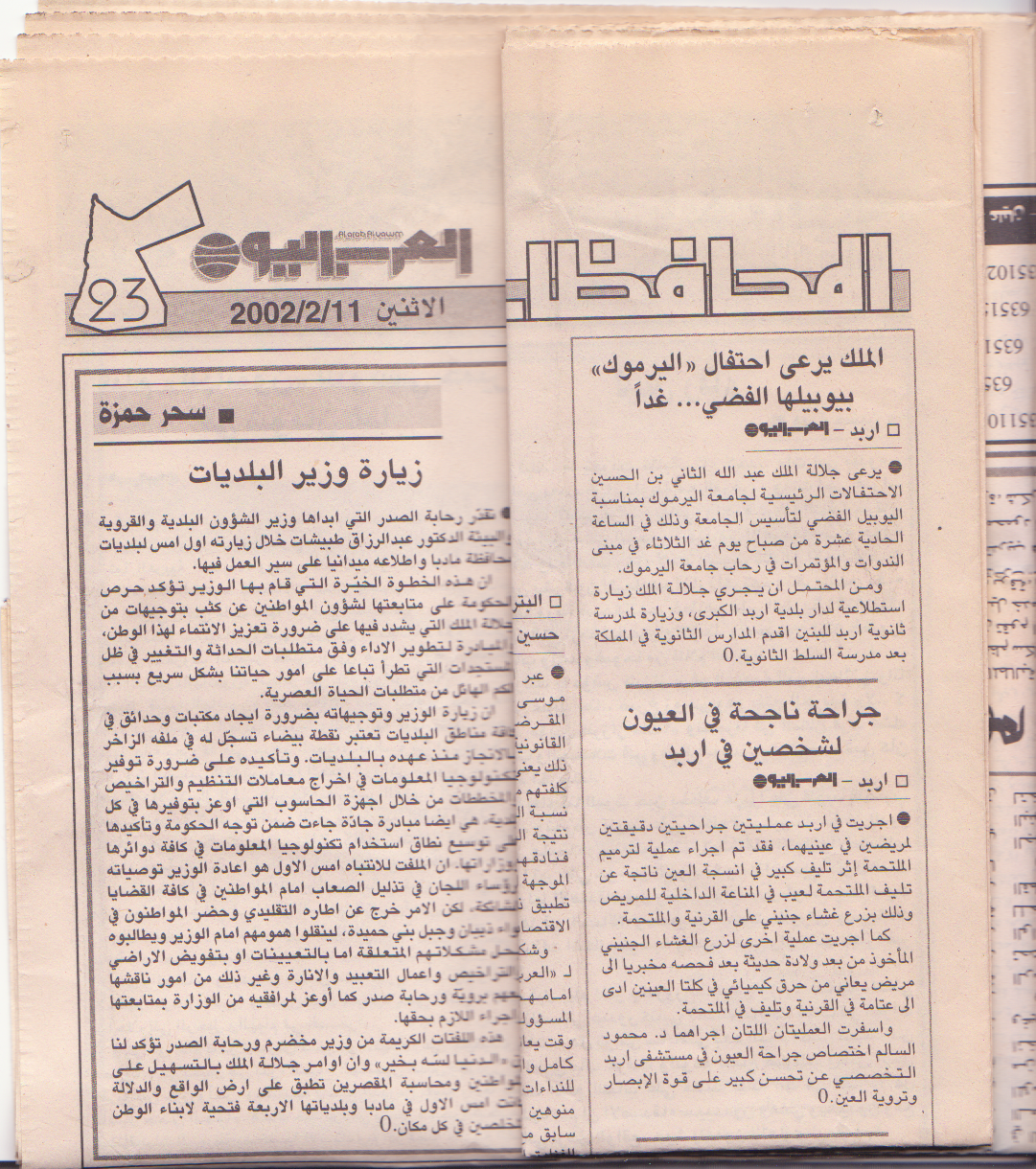 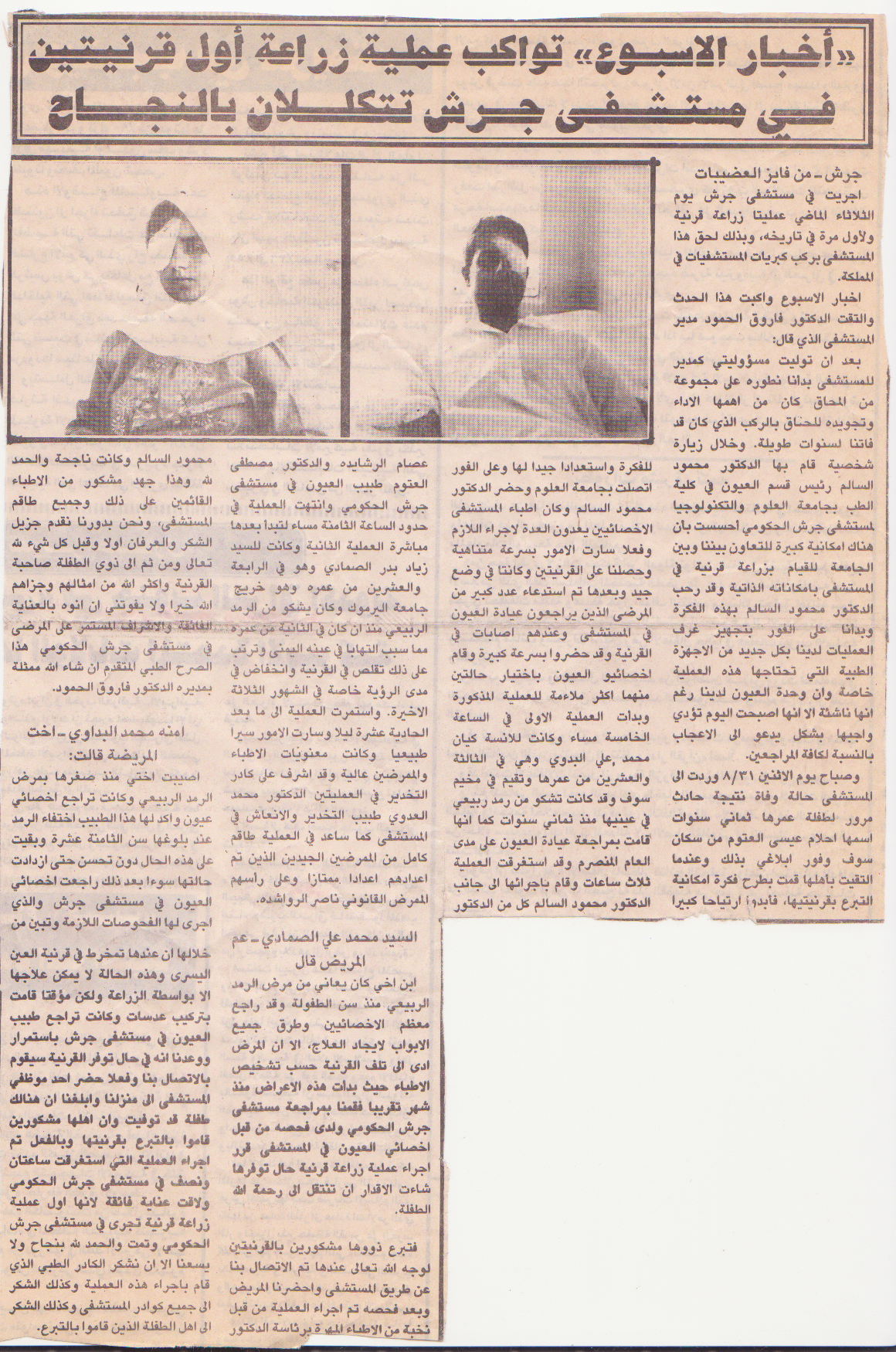 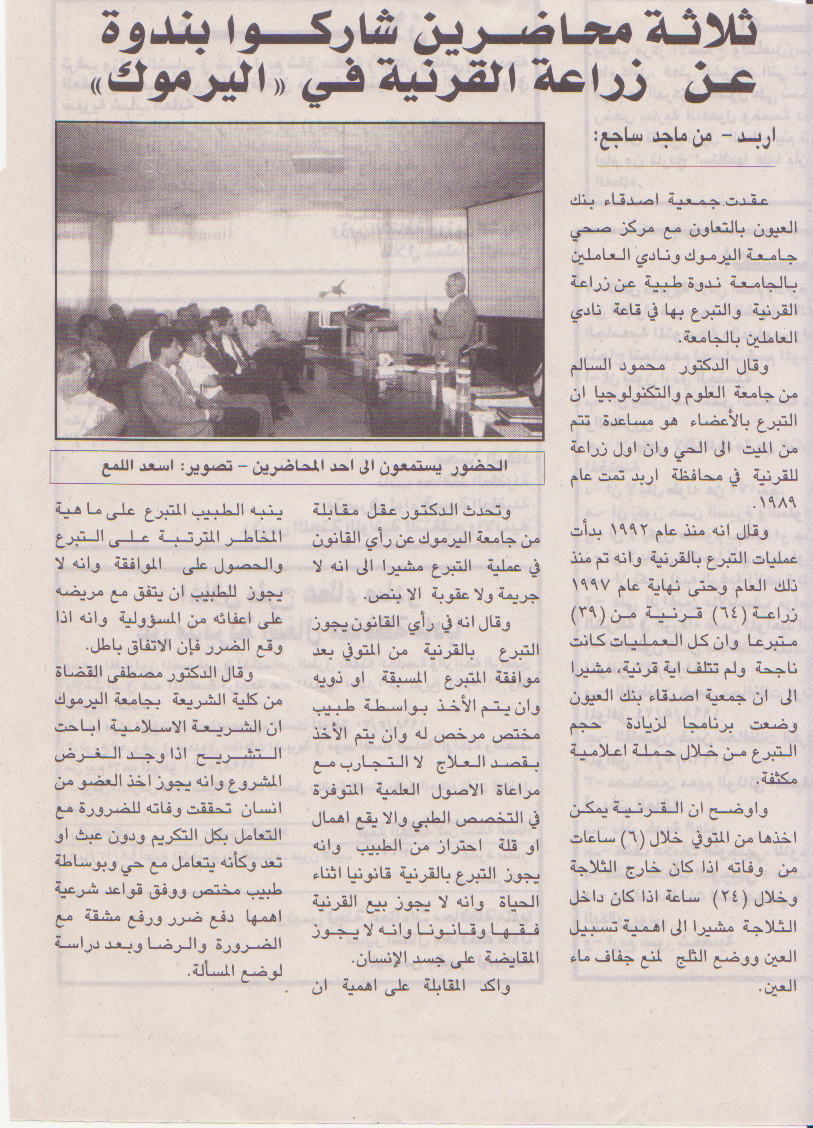 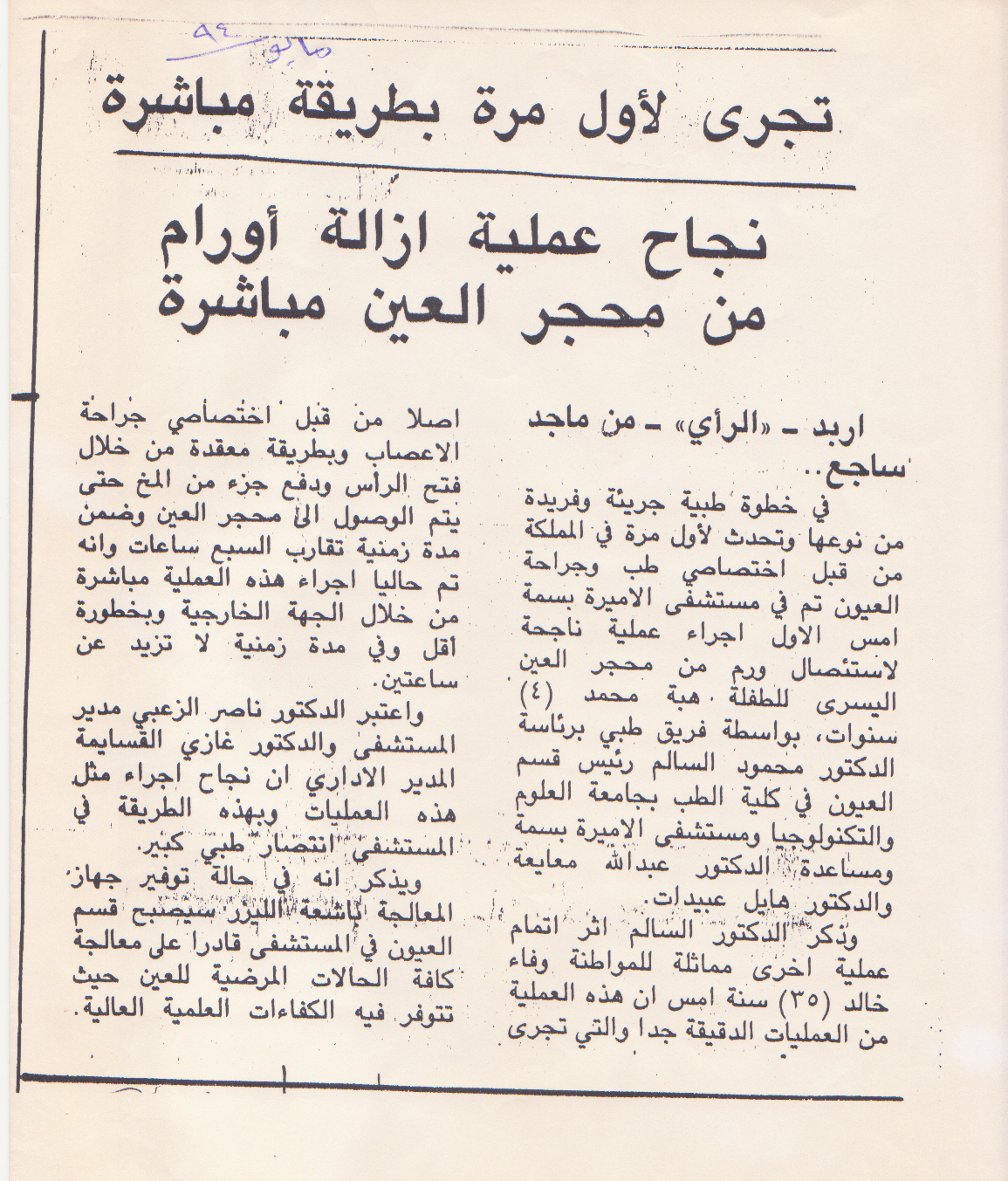 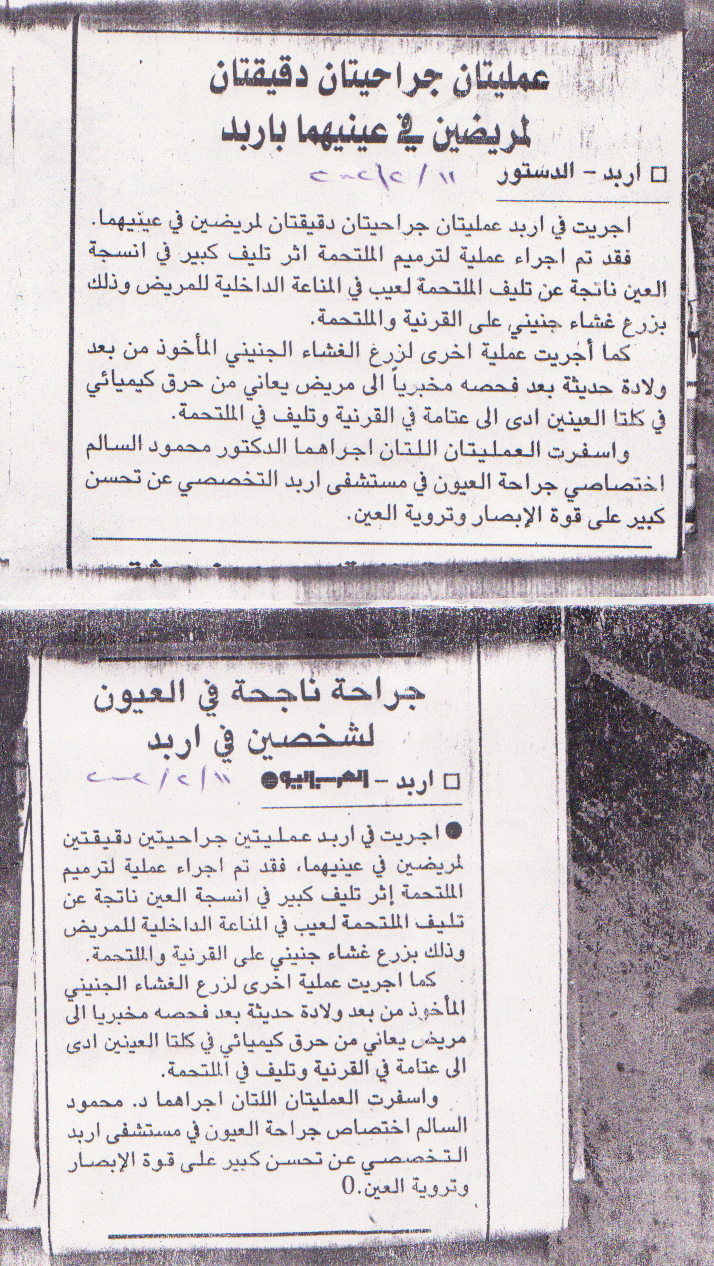 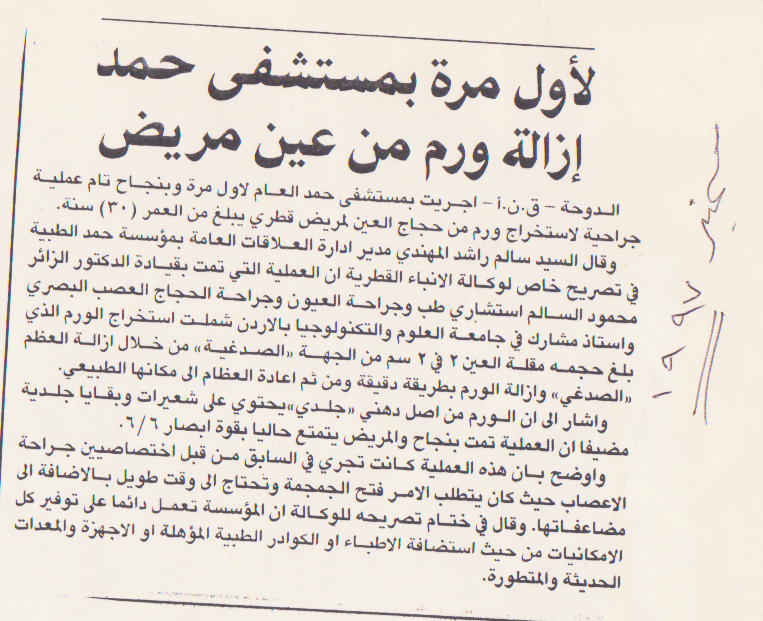 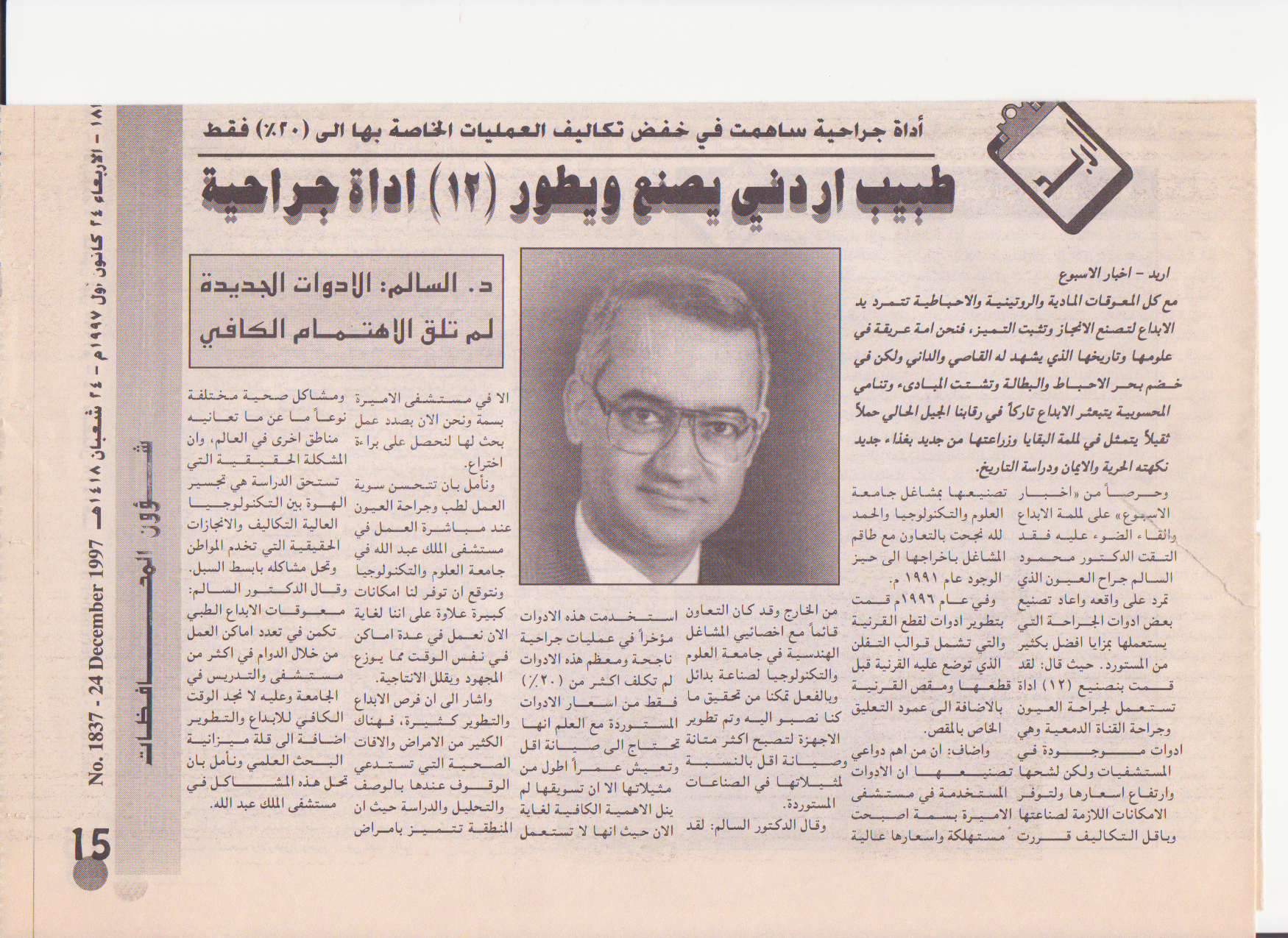 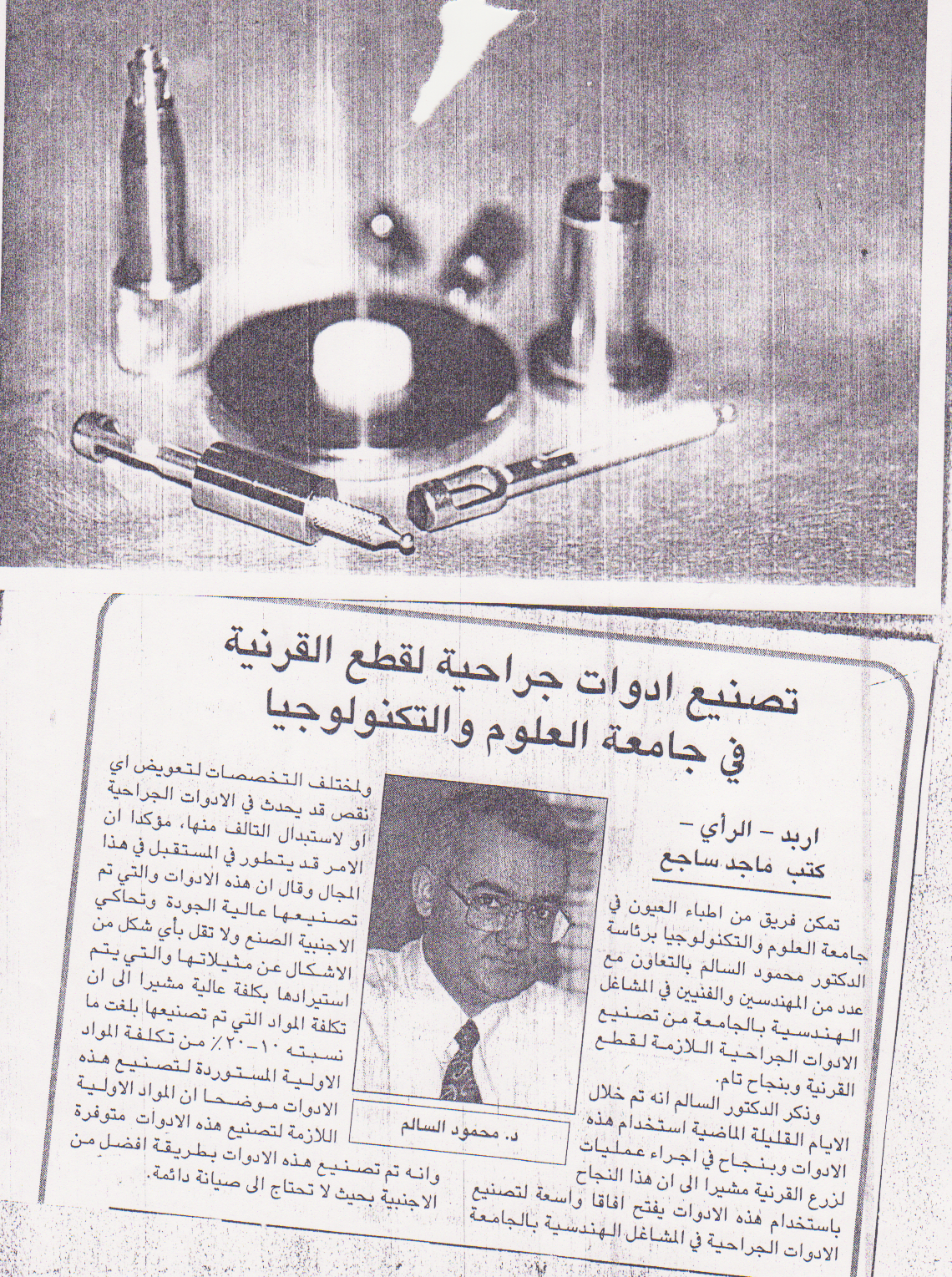 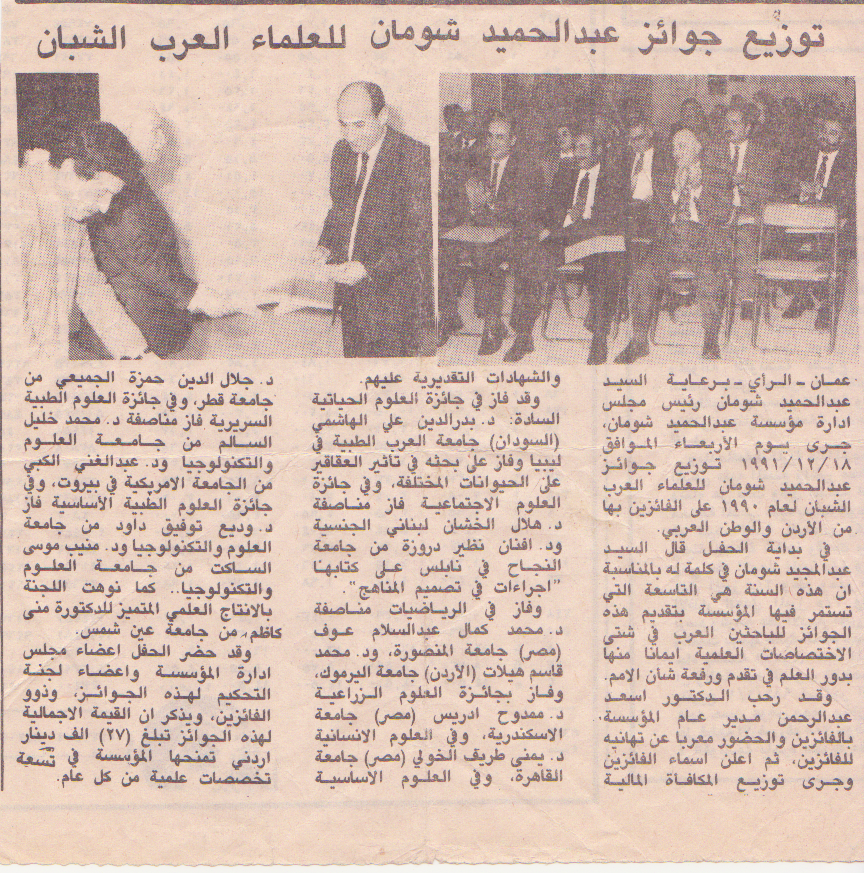 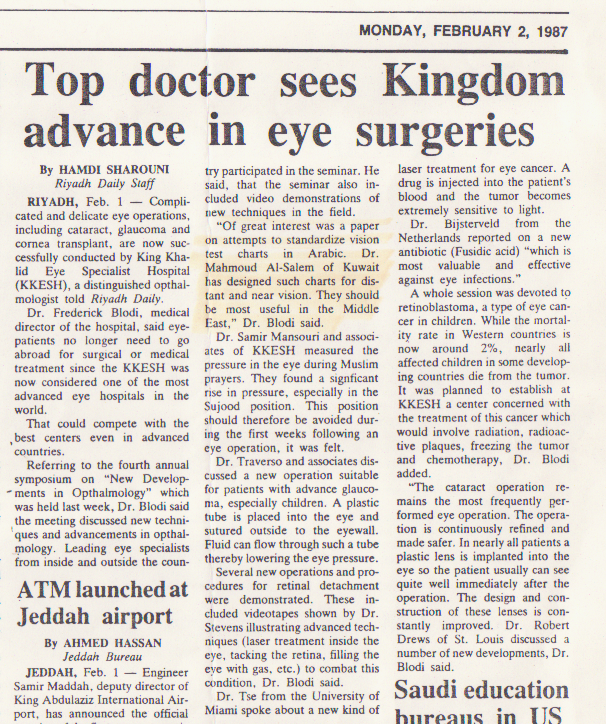 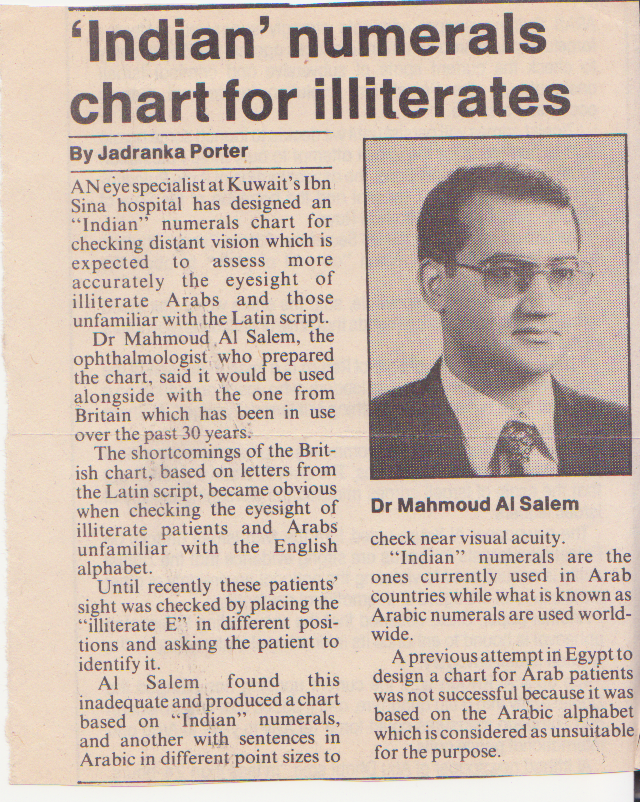 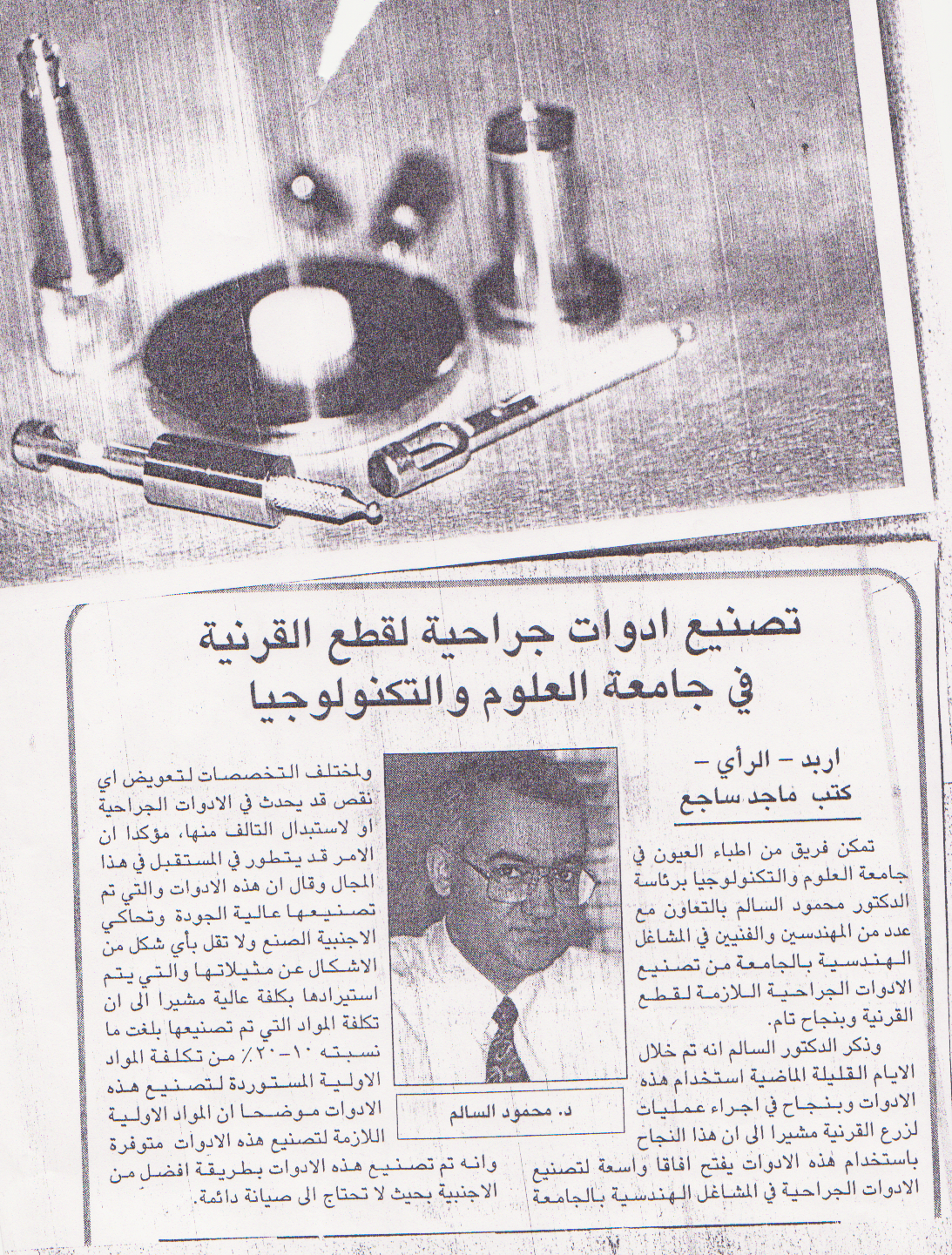 Get to know your doctor;

Khalil Al-Salem is an associate professor of ophthalmology at Mutah University, He was nominated for many awards at the American Academy of ophthalmology for the year 2007, 2011 and 2013. He is a well trained ophthalmologist and a sub-specialist in Oculoplastics (cosmetic surgery around the eye). He is well know for this deep Knowledge, Surgical skills and warm interpersonal relationship with his patients.